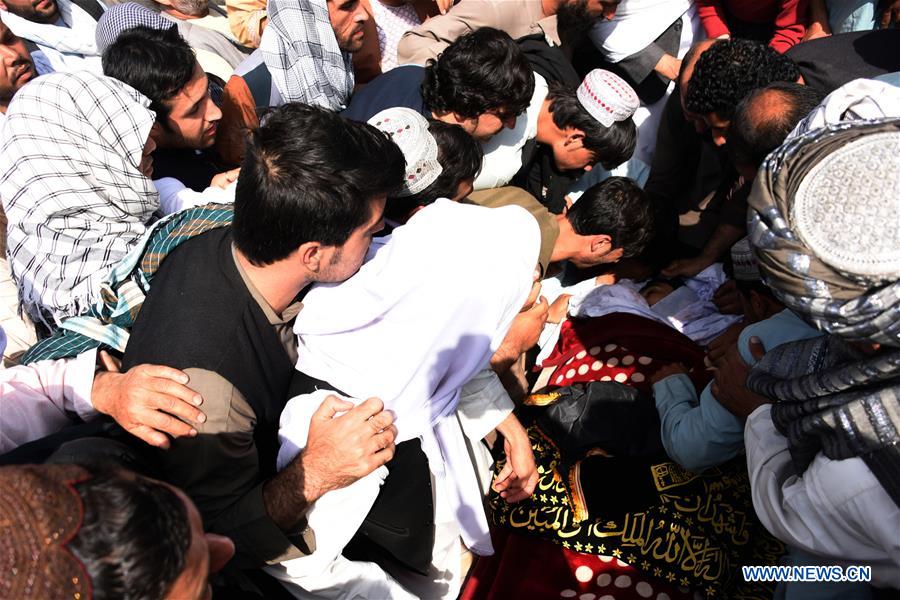 “Mohammad Nasir Mubaraz, who registered to contest in Wolesi Jirga or the Lower House of parliament election, was killed following a gun shooting in Police District 2 of Kandahar city, capital of Kandahar province Tuesday night,” spokesman Aziz Ahmad Azizi told Xinhua.
The shooters fled the scene shortly after the firing and a probe is going on into the incident, he said.
No group has claimed responsibility for the incident so far.
Over the past few months, the country has witnessed waves of terror attacks by the Islamic State (IS) outfit and Taliban insurgent group opposing the country’s long-delayed parliamentary and district councils elections slated on Oct. 20 this year.
Since the start of voters’ registration process in mid April, 55 people, including two electoral workers, several security force members and civilians have been killed during the election-related violence.
The Tuesday’s death has brought to seven the number of parliamentary election runners killed before the election day.
Over nine million registered voters, including three million women, will cast their ballots to elect members of the 249-seat lower house of parliament for a five-year term while they will also vote to elect members of the district councils.