At least 40 people have been killed in an explosion at a hall in the Afghan capital, Kabul, the health ministry says.
At least 60 people were also injured as religious scholars met at the Uranus hall in PD15 district to mark the birthday of the Prophet Muhammad(PBUH).A government spokesman said initial reports suggested a suicide bomber. 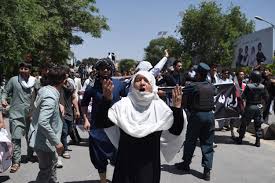 The death toll from the latest explosion is one of the worst in the capital for months.
eyewitnesses say that at least 1,000 people were in the hall at the time of the explosion.
No-one has yet admitted responsibility for the blast.